Nic first joined Bristol Balloons in 1983 when he applied for a job as crew driver. In 2008, together with his wife Gabby, Nic bought the Company and became MD.

He combines ballooning with looking after his two young boys, Ben and Ollie. Always one to keep his eye on the ball, when not at his desk or flying, you'll probably catch him fitting in a quiet game of snooker.

With over 2500 hours flying experience, flights all over Europe and now a Civil Aviation Authority Examiner, Mike Evans is probably one of the region's most experienced pilots. Flying since 1982, when he discovered the Hot Air Balloon Club at Bath University, he is a major contributor to local ballooning, regularly seen over the skies of Bath and pioneering training for local pilots when he's on the ground.

When on holiday Mike's favourite launch site is the small village of Chateau D'Oex in the Swiss Mountains flying over a blanket of white snow and clear blue skies. Every once in a while you may catch sight of him in a local park with his own small hot air balloon, helping sons Thomas and Oliver practice their flying skills on the end of a rope. Alternatively try the Hop Pole another favourite local venue where, when not flying, he might be tempted to sample a pint.

Pete joined the company in 2006 but has been flying for 20 years.

When not flying passengers Pete can often be seen flying some weird and wonderful special shape balloons including the Bertie Basset Balloon, or the single seater Ikea balloon with the armchair seat for the Pilot. 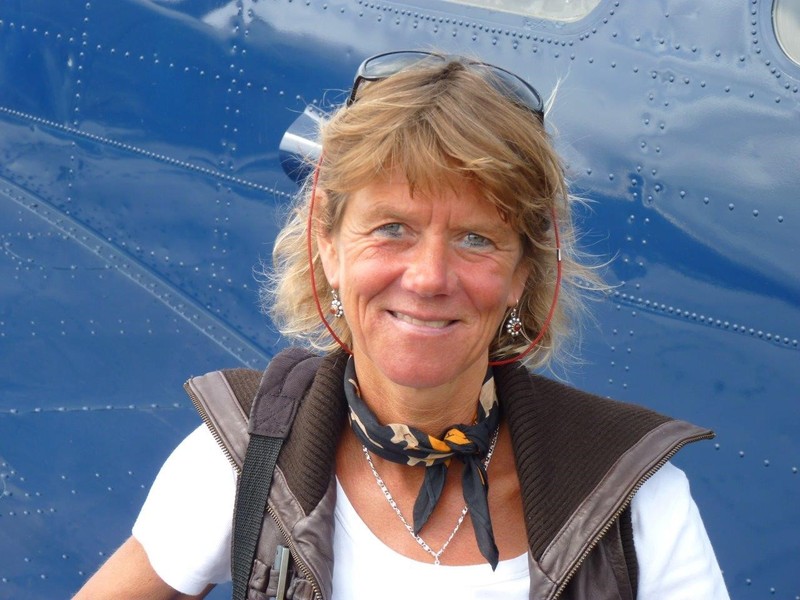 Born in Germany and for many years working in Asia as a tour leader Allie discovered her passion for ballooning when she had her first flight in Burma in 2002. Since then she has gradually built up her flying experiences and she now flies everything from a 16 passenger balloon to a tiny single seater. She is also a BBAC approved inspector and a type-rating examiner (groups A&B) and loves flying gas balloons and airships when the opportunity arises.

Allie has a passion for travels and currently holds the female world-record in having flown in 85 countries. When she is not flying over the skies of Bristol or the Somerset area you might either find her in the Nova Scotia pub (when the weather is rotten) or in Burma (during the winter months).

Speaking fluent Chinese, Japanese, German and French Allie loves to engage with people and she is always keen to share her stories with you!

This is not a list of all the pilots who fly for us, you may be flown by another pilot not listed here. All are suitably qualified commercial balloon pilots and comply with Civil Aviation Authority regulations and procedures.
Pilot Biographies to follow
Colin Hodges
Rob Scwab